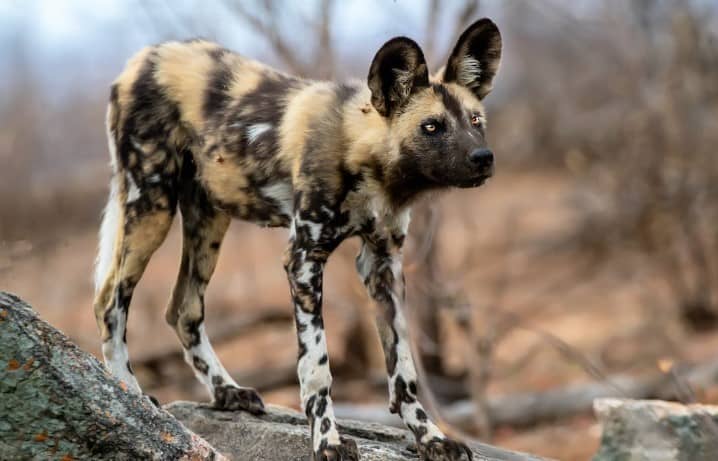 The African wild dog is sometimes called the Painted dog or the Cape hunting dog. It is the largest wild canine and also is a native species to sub-Saharan Africa. Even with their regal-sounding name, they are not don’t get as much respect as they should.

However, we think they’re one of Africa’s most fascinating animals with unique behaviors; here are some facts about the African wild dog:

Fact #1: African wild dogs have long legs, and slender bodies with front paws with only four toes, Unlike domestic dogs who have a fifth toe. These species weigh between 40 and 80 pounds and also have rounded ears for enhanced hearing ability, especially during hunts. African wild dogs and regular dogs cannot interbreed, and wild dogs can’t be domesticated.

Fact #2: Wild dogs are constantly being killed by farmers, caught in illegal traps set by poachers who intend to hunt other game, and die from diseases transmitted by domestic dogs. It is estimated that fewer than 6,600 still live in the wild. Organizations such as Painted Dog Conservation, the African Wildlife Foundation, and the World Wildlife Fund are all working to find effective ways to protect livestock without harming wild dogs.

Fact #3: African wild dogs live in cooperative groups of two to 35 dogs. They are strongly bonded, very social, and supportive system. They’ll even care for injured, sick, or old dogs and brought them food.

Fact #4: Wild dogs also vary from domesticated dogs due to their large litter sizes, which can have about 10 pups on average, the highest number of any canid. Usually, only the controlling male and female breed, and other adults help to care for the pups.

Fact #5: Even though they are much smaller than the lion and other local predators, wild dogs have an extremely organized hunting behavior where the dogs work together to bring down prey that may be larger and faster. They work as a coordinated team, with a higher success rate estimated at 80 percent. It is higher than the rate of the king of the jungle ‘ The Lion ‘.

Fact #6: The African hunting dogs’ scientific name, Lycaon pictus means “painted wolf.” Their coat colors are a mix of patches and stripes of yellow, grey, white, and black. No two dogs have the same markings and colorations, which makes identifying individuals easy.

Fact #7: Wild dogs have a much more extensive collection of vocalizations compared to domestic dogs. Some of their distinctive sounds are a high noise they use for meeting a new group or sneezing along with a variable quorum response mechanism in the decision-making process, especially at hunting, and when one of them has lost the group, it will make a sound like “hoo” to find the pack.

Fact #8: African wild dogs are very fast. They hunt by approaching prey silently, then chasing it with speed up to 65 km/h (41 mph), and roam across large areas of more than 770 square miles. Large prey is repeatedly bitten on the belly, legs, and rump until they fall down, while smaller prey is easy to catch like rodents, lizards, and even insects.

Can They Be Pets?

African wild dogs aren’t domesticated like household dogs and they will never be tamed as pets. It can be possible to tame an African wild dog puppy if you raise it from a young age. But it’s a lot more difficult, when the pups get older and reach maturity they become even more aggressive.

Is it legal to Pet an African wild dog?

There are many legal issues involved with regulating ownership of pets and keeping it that can be potentially dangerous or which are threatened themselves. Some feel they are amazing pets, and others argue that they are the most misunderstood animals, unpredictable and so hard to train, and also inherently dangerous. Because of their natural wild behavior, having an African wild dog as a pet is illegal in many countries. Some states USA, like Texas, Ohio, and North Carolina, do not regulate ownership of wild animal pets on a state level, but rather, leave it up to individual counties. In contrast, other states ban the ownership of wild dogs completely. The same for California which has very strict rules, some states let their counties or cities decide what should be law.

Otherwise, you can own potentially dangerous pets if you have a license. But the majority who have licenses have enough money, experience, and knowledge about those animals. 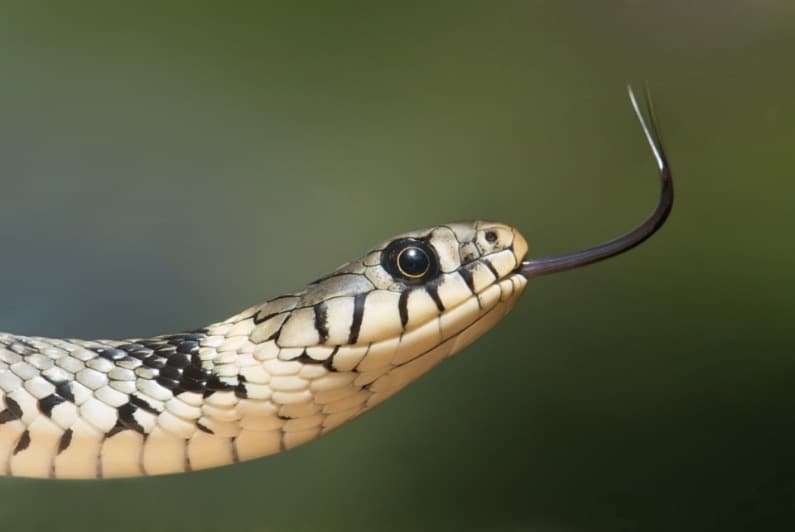